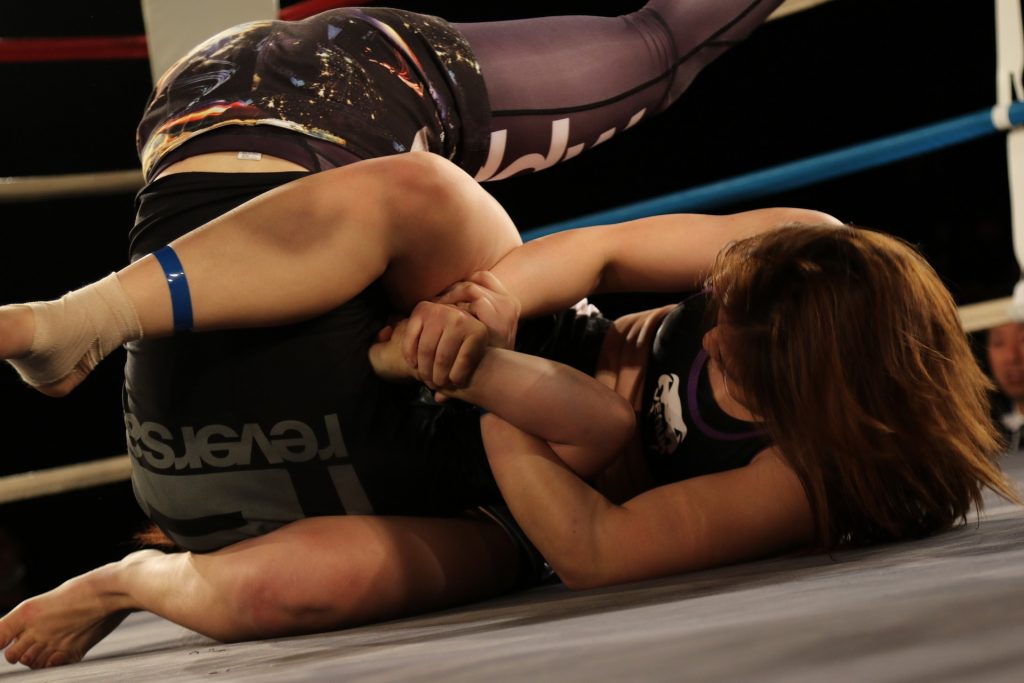 MMA Beginner Expectations: What Should The First Few Months Of Training Look Like?

If you’re anything like me you ran around on the playground pretending to be a Power Ranger.

I’d like to say I am kidding, and I almost am, but there is some truth in that statement. I remember watching Dragon Ball Z with the TV on full blast for most of my Saturday afternoons. I would have Bruce Lee movie marathons and would sometimes binge either the entire Rocky series or every single Highlander movie in one night.

I was just so bored with the real world and I never understood why people thought that fighting was such a bad thing. I saw fighting as a really fun way to express my teenage confusion.

I remember the day someone introduced me to kickboxing for the first time. It was a random K1 event on HDNet and I was in my senior year of high school. A week later I discovered the UFC and I’ve been hooked ever since.

Finally.. I found a path to becoming a true bad ass like the people I grew up watching on TV. I figured that with my very mediocre JV high school wrestling experience I would be the next contestant on the Ultimate Fighter within a few months.

Well the universe had a different idea about my worth. I was humbled repeatedly over the next 14 years on a bizarre journey of the two ideas of “I’m not as tough as I tought I was” and “Wow I can’t believe I survived all that.”

How long do I need to train to fight my first MMA match?

You suck. On top of that, you’re going to suck for a long time.

Unless you’re someone who comes into Brazilian Jiu Jitsu, Muay Thai or MMA with an extensive background in something like Boxing or high level High School or Collegiate wrestling, you’re going to feel like a cucumber that grew legs made out of spaghetti trying to fist fight a gigantic bowl of microwaved ice cream.

If you expect yourself to win anything in your first year then I humbly ask you to take a chill pill. The competitions that people care about will be beyond your understanding for a little bit of time. So even if you win a small smoker fight or a small in-house or regional grappling event, you won against someone else who doesn’t know what they are doing yet. So even though a win is something to be proud of, you need to understand the true context. A win over a novice is a win over a novice.

A few years into your journey – and it is a journey – is when you will start to understand what you’re doing. Coincidentally this is likely when you will feel comfortable explaining techniques to beginners or taking someone under your wing. By now you’ve had dozens of rounds of sparring against higher level competition and if you’re lucky, a few bouts in the ring or in the cage.

Until then you’re just a baby duck following in mama duck’s footsteps. You’re not ready to think about hurting someone else; just protect yourself from getting hurt.

Martial arts can be one of the most addicting and rewarding hobbies someone can discover. You are getting access to a ton of incredibly fun and truly applicable technique, you’re getting in shape quickly while becoming much stronger, you’re gaining confidence from those two things and thus beginning to like yourself even more, and you’re meeting a ton of really swell new people who will challenge you to become a better version of yourself.

Phew! When you put it all like that, why would anyone ever want to stop?

Well you need to remember something very important. Not only does your brain not really understand what it’s doing but neither does your body. Just like with any other sport or activity your body needs time to adjust to martial arts training. Brazilian Jiu Jitsu and Muay Thai both pull and push the body in many different ways that are very foreign to a beginner student. If you jump into the deep end before you know how to swim you’ll end up drowning.

That is something I see happen several times a year from multiple new students despite a very clear warning. I’ve got it down to a script at this point, “I know you’re falling in love with Muay Thai. I know how fun this is, but I really suggest that you keep your training to 3 times a week for the first two months of your training. If you don’t you’ll either burn out or get hurt and then you might want to quit.”

Two weeks later they’re sidelined with a knee, rib or back injury that could have been avoided had they allowed their body time to adjust to the new movements.

It might take some time until you realize what you’ve learned.

Progress can be hard to see so remember to take a step back.

There is so much to take in when you begin the study of fighting. You need to think about balance, weight distribution, your stance, the number system your club uses for its punches, how to block, when to move, that you need to breathe and so many other things. On top of all those things you’ll then need to learn how to work with someone to hold pads and eventually spar. When you first start off most students have no idea how to do any of this.

That makes their first few months into hours of building the building blocks that everyone around you already has. By the time you understand the basics you’re going to look at your teammates like they are superheroes. You just remembered the number system and how to defend against kicks but they know how to throw feints and surprise you, knocking you off balance every time you move your leg to defend yourself.

This is a pretty common story. It happened to me and I’ve seen it happen to lots of people starting out. It is easy to feel like you’re never making progress because you will always have a habit of comparing yourself to those who came before you. Doing so helps you stay motivated and focused upwards.

However you need to remember that path you climbed to get where you are. Look back at those who have started after you and you will see a lot of yourself in them. You will see yourself not remembering how to chain punches together, feeling off balance, and moving your legs the wrong way to defend just about everything.

Over a few months you’ll notice that they are beginning to get their footing a little easier and you’re starting to defend much more efficiently. Just remember that now, you’re defending against something new, and those who are better than you are working on new things against people who have been there longer than them.

If you compare yourself to the people better than you all the time then you’ll never see the improvement in yourself. After-all we are all of us getting better together, at the same time, just in different parts of our own individual journey.

If you keep these 3 things in mind, Stay Humble (You suck!), Stay Patient (Slow down) and Stay Reflective (Remember we all move at the same time on different paces) you’ll be able to make it through the first few months of your training. After you cross that initial hurdle you’ll get to learn all of the really fun, secret moves that the Power Rangers kept hidden to themselves.

If you’ve got any specific questions about things you’re experiencing and would like some advice send us an email at Blog@broadstreetkickboxing.com and we’ll get back to you as soon as we can.