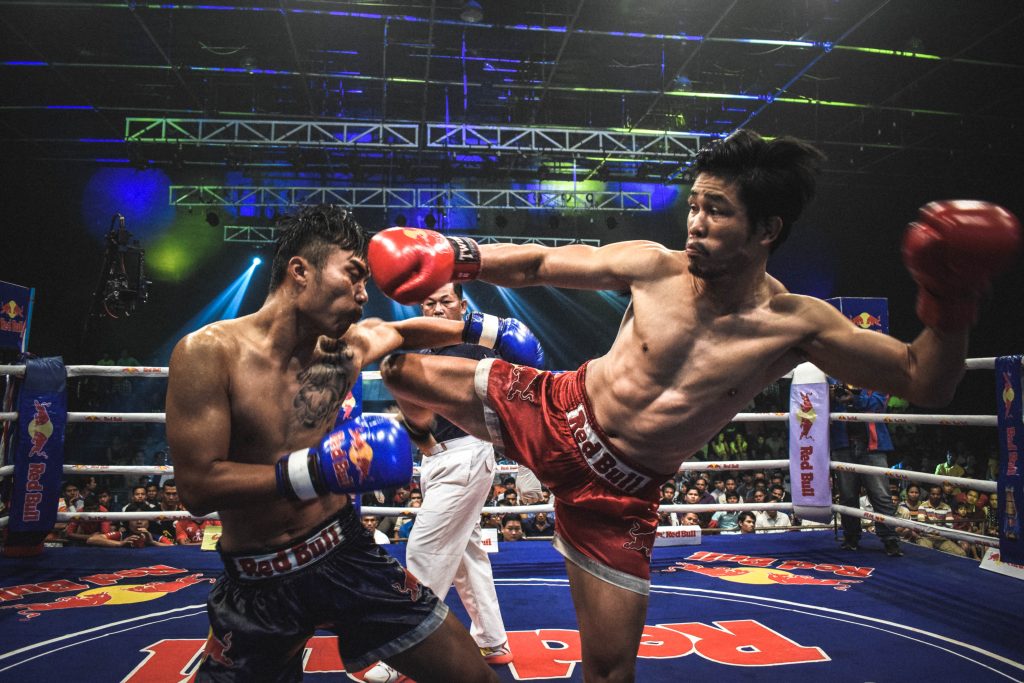 Muay Thai is a brutal striking form imported from the country of Thailand. It is the national sport of the country and Muay Thai fighters, known as Nak Muays, often begin their fighting careers during childhood and retire in their early 20s.

Known as the Art of 8 Limbs, Muay Thai combines punches and kicks with hard strikes delivered by the knees and elbows. Muay Thai fighters will also employ clinching techniques where they will grab onto the head and shoulders of their opponents to deliver devastating knee strikes as well as sweeps that throw their opponents to the ground.

When studying Muay Thai students will learn the concepts of distance management, pressuring an opponent, how to use rhythm and deception to strike in addition to the classic striking techniques such as leg and body kicks, knees and punches.